In graph theory and computer science, the lowest common ancestor (LCA) of two nodes is the lowest node that has both of them as descendants.

Here is an example, given a Binary Search Tree: 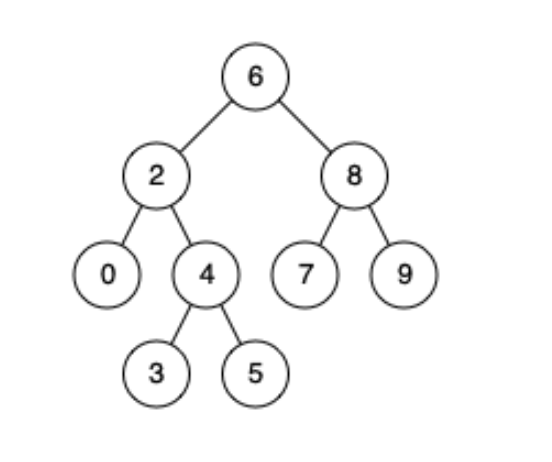 If we traverse each node of binary search tree and comparing the values of p , q and current node’s value, there are four scenarios:

Iterative algorithm works similarly to the recursive algorithm, but we don’t need a stack to backtrace search. In fact, we only need to find the first node, which p and q begin to split, one of them is in this node’s left subtree, and the other is in the right subtree.

This algorithm is somehow similar to binary search.

When the tree is not a binary search tree, but only a binary tree. The solution would be more complex. Please refer to Lowest Common Ancestor Of A Binary Tree.