Implement atoi which converts a string to an integer.

The string can contain additional characters after those that form the integral number, which are ignored and have no effect on the behavior of this function.

If no valid conversion could be performed, a zero value is returned.

Only the space character ‘ ‘ is considered a whitespace character.
Assume we are dealing with an environment that could only store integers within the 32-bit signed integer range: [−231,  231 − 1]. If the numerical value is out of the range of representable values, 231 − 1 or −231 is returned.

This challenge is not easy, there are many corner cases in test cases. We need to handle two categories of tests:

My first version of CPP is complicated, I use long long to handle overflow issue:

This challenge involves complex string processing for parsing. It’s error-prone if we write it by hand.

Therefore, in order to analyze the processing of each input character in an organized way, we can use the concept of finite-state machine.

Our program has a state s at each moment, and each time a character c is entered from the sequence, it is transferred to the next state s' according to the character c. In this way, we only need to build a table covering all cases of mapping from s and c to s'. 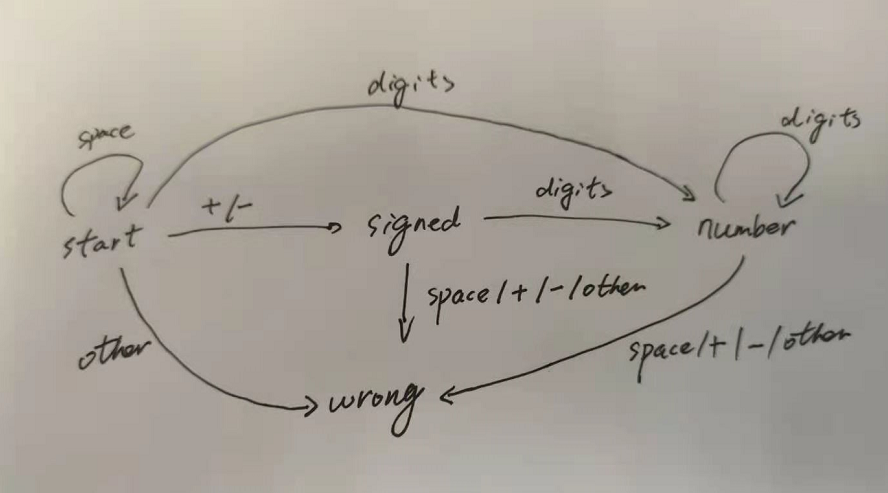 We can also represent the finite-state machine as a table:

With this table we can easily implement the whole program, the initial state is start and we change the state according to current character:

Preparing for an interview? Check out this!